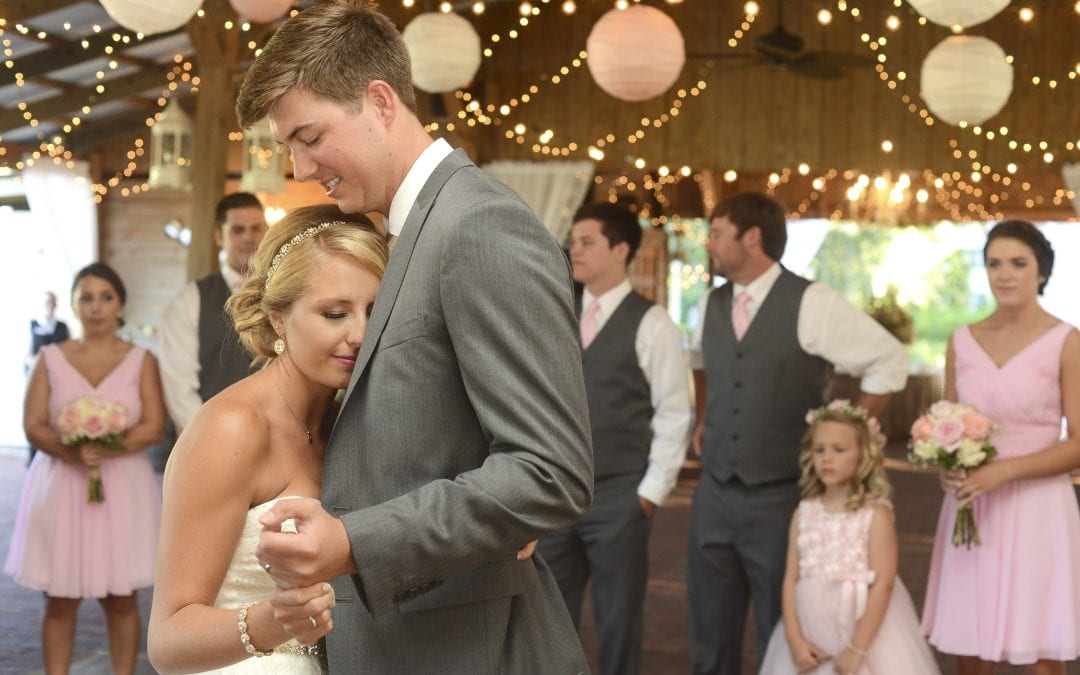 “Honestly, sitting in the car behind the Stable waiting on everyone to get in the Wedding Chapel. I was so excited, I had the most intense butterflies I have ever felt in my life. That was the best and strongest feeling I’ve ever felt; it felt like my whole life was just beginning and it was just moments away”, said Caitlin.

Their friendship began in their freshman year of high school, but “chemistry” really began in a Chemistry class during their sophomore year. Their first date was to Sonic and it ended with good conversation while sitting on the dock near Caitlin’s home. They began dating their junior year of college – even though the signs were there since freshman year! Tyler did a super sweet and totally unexpected proposal on the beach after they had dinner.

On May 8th, 2015, Tyler and Caitlin became husband and wife in the white Wedding Chapel. We are so happy for these newlyweds and we wish them many, many years of happiness!