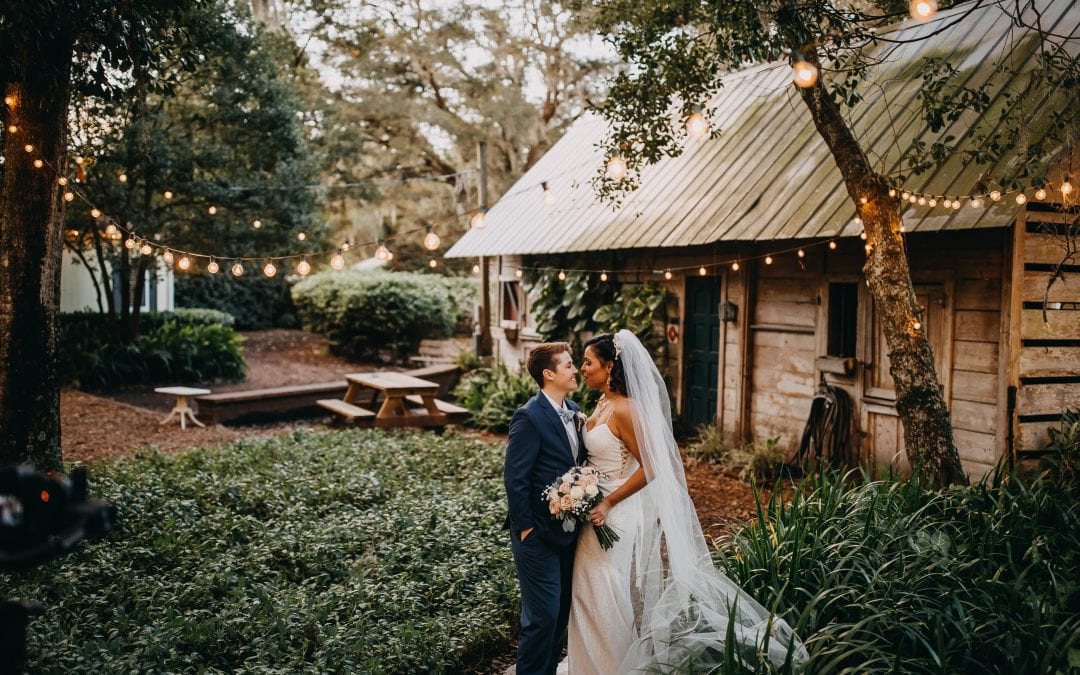 A love-filled wedding with lots of greenery and hues of blue.

A string lit reception, rustic greenery-filled décor and love witnessed by guests. Stephanie + Sheyla’s special day was perfect.  This lovely duo has been flying on cloud 9 ever since their engagement. Stephanie took Sheyla up in an airplane. After they landed, she proposed while their friends held signs that read “will you marry me?”

During their first touch, our hearts were in a constant state of flutter. So much love poured out of these two people. Shortly after, personal vows were spoken in the Enchanted Forest. Underneath a canopy of leaves and large trees, their love reached new heights. We have done many weddings here at Cross Creek Ranch, but we can’t seem to remember a time when a plane flew over during a ceremony. But, when one did, we took it as a nod to their love story and knew this was the place they were meant to be.

After the ceremony, guests made their way to the greenery-filled wedding reception at the Carriage House Stable. They were greeted with large arrangements of blue and white blooms that sat on top of rustic wooden cubes. Once guests were seated, and the newlyweds had made their way to the dance floor, Perfect by Ed Sheeran began to play.

This rustic, greenery-filled wedding day is truly a favorite of ours. We are delighted to show you their beautiful style through the images of Rad Red Creative.

Stephanie and Sheyla, it is possible in this world to have something beautiful. Thank you for allowing us to witness your love on your special day.