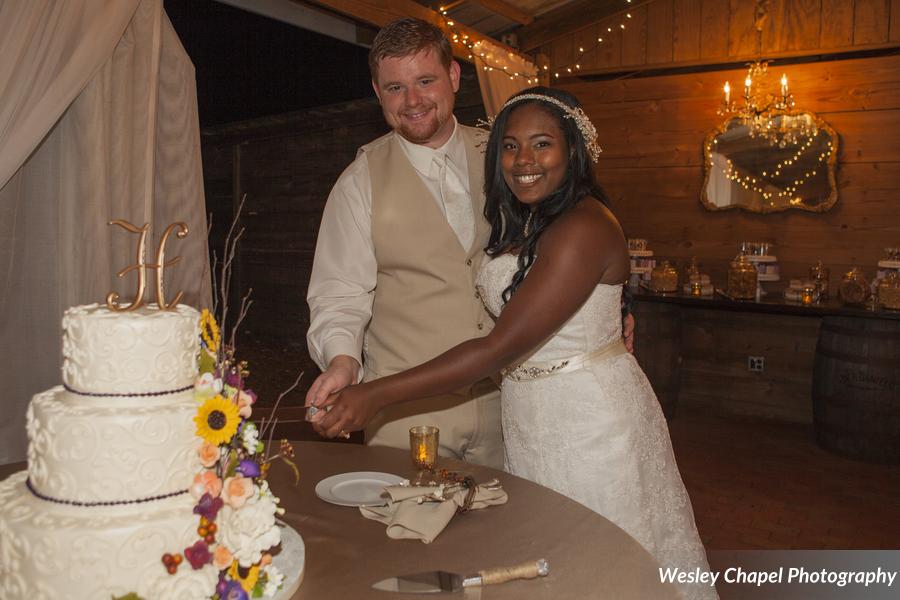 As college students, Sasha and Dylan had no idea what was about to unfold for them in the near future. Within a few short months of spending time together, they began dating. Despite transferring to a school three hours away, they continued to date long distance. In February 2013, Dylan surprised Sasha with a date to go to a nice restaurant. After “forgetting” his wallet, Dylan turned the car around back to his house. Dylan’s family had set up a romantic candlelit dinner table under the oak trees in the middle of his family’s 40 acre property. After a delicious dinner, Dylan got down on his knee and proposed with his mother’s original wedding ring.
On October 11th, 2014, the couple got the rustic fall wedding they both desired. Before the ceremony started, Sasha asked Dylan to pray with their backs to each other. As they prayed, Dylan’s nerves dissipated completely. “I knew I would be happy for the rest of my life,” said Dylan.