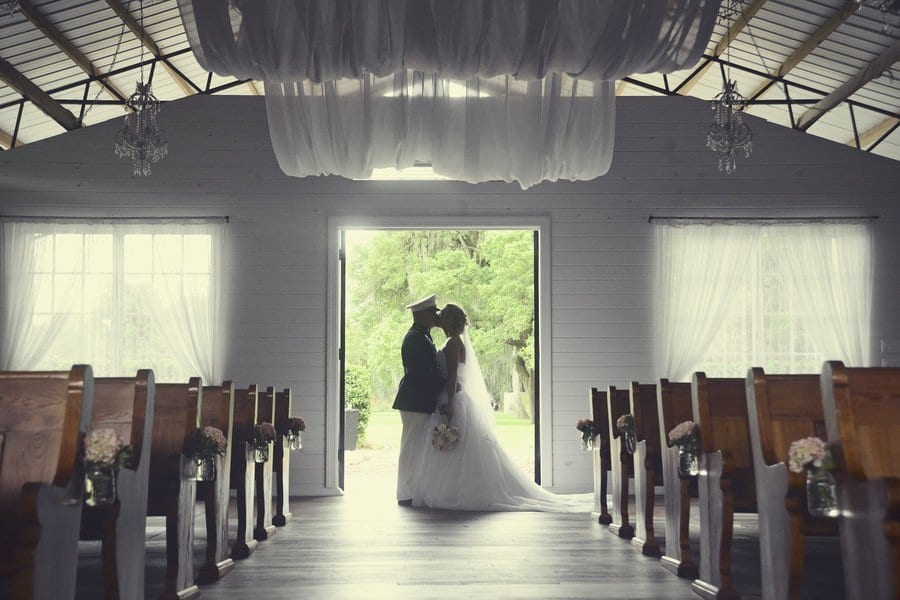 Carly and James had no idea what the future had in store for them when they met back in middle school. After many years as friends, their senior year they realized they were destined to be together. Carly shared James’ proposal with us… “James commissioned on August 26, 2014 into the Marines as a Marine Corps Officer and after his first salute, when all of our family were circled around watching, he pulled me into the circle and got down on one knee and asked me to be his wife! The only ones who knew were his dad, my dad and my older brothers!”

On March 13th, 2015, they became man and wife! A hair-raising, traditional Saber Arch was a beautiful touch to their military chapel wedding. James wore his full dress uniform and Carly was “take your breath away” gorgeous in her wedding gown! Carly’s favorite moment of the day – “The last song we danced to, “Thinking Out Loud” by Ed Sheeran! Everyone at the wedding circled around and held hands and every single person was singing along! It was a moment to remember!”

Thank you for your service and dedication to our country. It was an honor serving you both on such a special day!